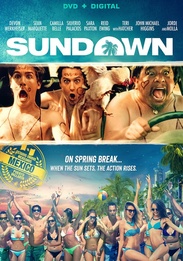 Logan and Blake prepare for an epic Spring Break as they travel to the beautiful and exotic Mexican beach resort of Puerto Vallarta hoping to hook up with their high school crushes. Surrounded by hot girls in teeny bikinis, the guys truly are in heaven. After meeting at a club, Logan falls for a mysterious local beauty named Gaby but then realizes the next morning when his grandfatherâs Rolex watch is missing that she was after more than just his heart. Things go from bad to worse when the guys discover that the valuable family heirloom is now in the hands of a gangster who demands to be paid triple the watchâs value before returning it. And thatâs just the beginningâ¦

Rated R for crude sexual content, graphic nudity, language throughout, some drug use, and for teen partying.