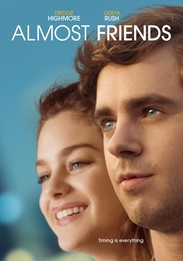 Once a promising young chef, Charlie is now an unmotivated twenty-something who lives at home with his mother and stepfather while working as an assistant manager at a movie theatre. His life takes a turn however, when he finds himself falling for local barista Amber. Problem is, she has a serious boyfriend and is planning to move to New York City. On top of that, Charlie's estranged father unexpectedly re-enters his life just as he begins to take a long, hard look at where he's going and who he wants to be.