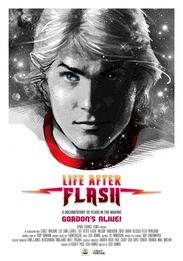 "Life After Flash" explores the life of Sam J Jones since his iconic performance as "Flash Gordon" in the 1980 classic of the same name, and the aftermath of the young stars' clash with one of Hollywood's biggest legends, producer Dino De Laurentiis.

"Life After Flash" is an inspiring and moving feature documentary that celebrates what makes that Mike Hodges enduring classic so iconic with audiences to this day, and looks at the real man behind the heroic mask: his successes, his battles, and his ultimate struggle for redemption.