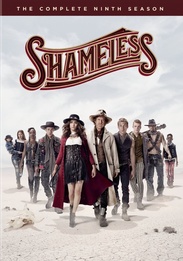 Season Nine finds the Gallaghers taking justice into their own hands as political fervor hits the South Side. Frank discovers there are financial opportunities in campaigning as he promotes a candidate with questionable morals. Fiona hopes to build on her success with the apartment building by making a risky investment in commercial real estate. Ian faces the repercussions of his crimes after the Gay Jesus movement takes a destructive turn. Lip shows his paternal side when he takes in an abandoned young girl, while Debbie goes to extreme measures in her fight for equal pay. Meanwhile, Carl is determined to become a West Point cadet, and Liam's days at his cushy private school may be numbered. William H. Macy and Emmy Rossum lead a first-rate ensemble cast in 14 ferocious, uncompromising episodes.