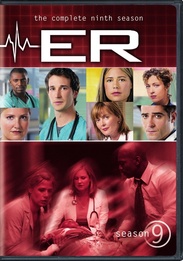 How do you separate your personal life from your professional life? Not easily. And if you're on the emergency-room staff of Chicago's County General Hospital, it may be impossible.

Challenges at work and at home overlap in the series that remains the right prescription for powerful entertainment. Carter's playful office love affair becomes a 24/7 crisis. Kovac's partying affects his performance. And be careful what you wish for, staffers: Weaver is indeed promoted to a position outside the ER...but Romano replaces her. No wonder Kovac and Carter decide it's time for a change. They opt for assignment in Africa. What awaits them makes County General look like a stroll along the lakeshore.