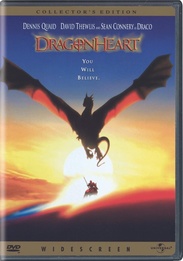 Bowen is a knight dedicated to The Old Cold -- a noble creed of honor. When his pupil Prince Einon, becomes an even crueler king than his father, Bowen's idealism turns to bitterness. Believing Einon's soul to have been poisoned by a dragon, Bowen vows to destroy them all. On his quest for revenge, he meets "Draco", a dragon whose power, strength, and wit prove to be more than a match for the disillusioned knight. Soon, what begins as a life or death struggle between the two evolves into a friendship that will change the face of the medieval world.