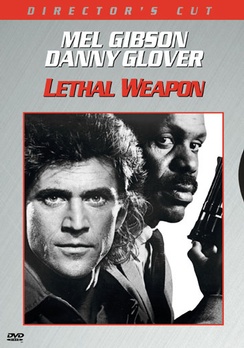 It seems that Kevin Smith's Cop Out and the recent The Other Guys is sparking a bit of nostalgia for the classic "buddy cop" movies.

Word comes down from The Hollywood Reporter that Bradley Cooper and Ryan Reynolds are working on a deal to star in not yet retitled buddy cop movie together. The original pitch by Sheldon Turner was for a movie called "Blowback" that was supposed to be a starring vehicle for Dwayne Johnson.

The story centers on two friends who happen to also be partners on the San Francisco police force. Their fathers, who also were partners with the SFPD, are called out of retirement for a case in which they have to work in tandem with their sons. I'm thinking a little of Grumpy Old Men and a lot of Lethal Weapon.

It's too bad that they didn't make the casting a bit more ethnically diverse. I mean how cool would it be to throw out a real homage to Lethal Weapon and have Mel Gibson and Danny Glover play the dads?

Speaking of casting, I find this news a bit curious and interesting hot off the heels of our interview with Greg Grunberg in which he talks about wanting to work with his former Alias co-star Cooper in a buddy comedy. Given that Ryan Reynolds is slated to be in every comic book movie made for the next five years, I would think that Grunny would make for an excellent choice if Reynolds had to bail.

What do you think of this news? And more importantly, are you ready to sign my petition to get Greg Grunberg involved in this project?