Machete don't text, but he does drink ice tea 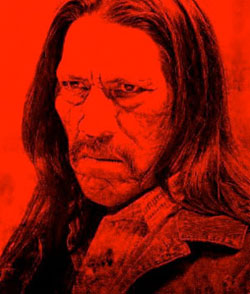 Veteran "heavy" Danny Trejo finally gets his due in the lead role of Machete. His career of playing the tough guy has given him great experience in handling even the most delicate situation.

As the title character in Machete, Trejo seeks revenge against those who've betrayed him. The Robert Rodriguez movie is based on the filmmaker's faux movie trailer featured in the Grindhouse double feature.

In the following video you can see how Machete's life lessons can be applied to everyday work scenarios. Watch and learn: