Get lost with the first 'Finding Dory' trailer 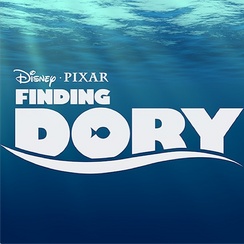 Tim and I were talking today about unnecessary sequels and in the vast ocean (see what I did there?) of sequels in Hollywood, there are few more unnecessary than Finding Dory. Don't get me wrong, I love Pixar and so far they haven't let me down yet, but there's a first time for everything.

Really, what is left to be said that wasn't addressed in the first film? Nemo was lost and his Dad rallied to the occasion and found him. Case closed, right?

This time around, Dory is the one lost or, well, I guess her family is lost and the forgetful fish starts remembering something, maybe and it might involve a mollusk. At least, that's the general vibe that I'm getting from the first trailer for Finding Dory which was released today.

Ellen DeGeneres released the trailer exclusively because, well, she's the one that voices Dory. I'm not really flushed away with excitement after watching it and can only hope that it gets better as the film nears release.