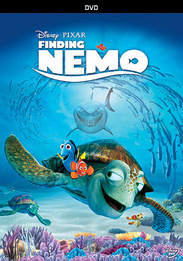 A father clown fish and his son become separated during their excursion to the Great Barrier Reef. Nemo, the son, is captured and becomes a part of a Dentist's fish tank overlooking the Sydney harbor.

His father, Marlin, gathers his courage and sets out to rescue his son and bring him back to his family of fish.